Trash the Dress!  Trash the Dress??!  And what does all of this mean??  Like get in a garbage can?  Like add trash to the dress??!  What are you talking about Tasha?  Why would someone do this willingly??  Are you and your husband in trouble??  What”s the point??! These are the questions and responses I have received over the last 48hrs as I excitedly approached my very own session.

So, briefly, here are my responses:  the definition is coming soon: my source being Wikipedia, of course, where all truth reigns.  It could mean adding trash or getting into a garbage can/how brave are you exactly? Yes, folks all around the world live for these types of avant garde shoots.  No, Isaiah and I are NOT in trouble, in fact, we are happier than ever—and I mean it!  And what is the point??  Well, if your not traditional, my response would be why hang on to the dress?  I mean, its not like Im ever gonna wear it again—plus being destructive is so much more fun!
So for those of you who need more than my explanation: as stated above I have taken the liberty of visiting the world’s greatest minds on wikipedia and here is the definition:

Trash the dress, also known as fearless bridal or rock the frock, is a style of wedding photography that contrasts elegant clothing with an environment in which it is out of place. It is generally shot in the style of fashion andglamour photography.
Usually brides decide to have pictures taken on a beach, but other locations include city streets, rooftops, garbage dumps, fields, and abandoned buildings.
Some sources claim that the trend was originally started in 2001 by Las Vegas wedding photographer John Michael Cooper[1]. However, the idea of destroying a wedding dress has been used in Hollywood symbolically since at least October 1998 when Meg Cummings of the show Sunset Beach ran into the ocean in her wedding dress after her wedding was badly interrupted. Since then the style has spread around the world and most notably in the UK, with photographers like Steve Gerrard[2] and Mark Theisinger[3], amongst others, shoot their unique ideas of Trash the Dress.
A model often wears a ball gown, prom dress or wedding dress, and may effectively ruin the dress in the process by getting it wet, dirty or in extreme circumstances tearing or destroying the garment.
It may be done as an additional shoot after the wedding, almost as a declaration that the wedding is done and the dress will not be used again. It is seen as an alternative to storing the dress away, never to be seen again.
So that should pretty much do it right??  All the answers you need?
I have been wanting to “Trash” my dress for sometime and I was completely honored when I mentioned the ideal to Cory & LaRae Lobdell, Lifework Images and she agreed to shoot my session. I am a huge fan of LaRae’s (read the post below: maybe a few below) and was so excited to work with her.  Not only did she shoot digital/but she pulled out this sweet Nikon film body from the 70s/while Cory with his R-Strap from Black Rapid captured shots & recorded video!  It was such a production! 🙂
I contacted my friend Paula of Paisley Petals in Enumclaw (the best florist around) & she agreed to make me a custom and original new bouquet and bout for the shoot; visited an amazing makeup artist named Cara at the Tacoma Mall Sephora & had my best friend TaNitra restyled my hair/as she did on my wedding day 3 years ago and we were set and ready to go!
With a camera in hand (all images shot by my other best friend, Clarise) we headed to the ocean and went to work.
The following images are Clarise’s interpretation of the shoot!  She did a great job for a girl who’s never used a DSLR, but the REAL pictures will show up on LaRae’s blog in a bit/so keep checking her blog at www.lifeworkrealstories.com. 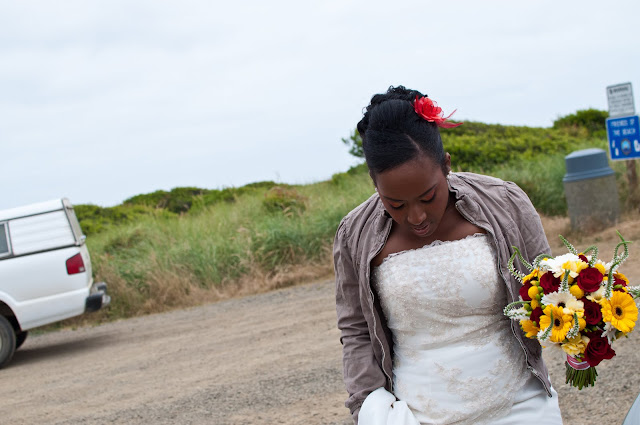 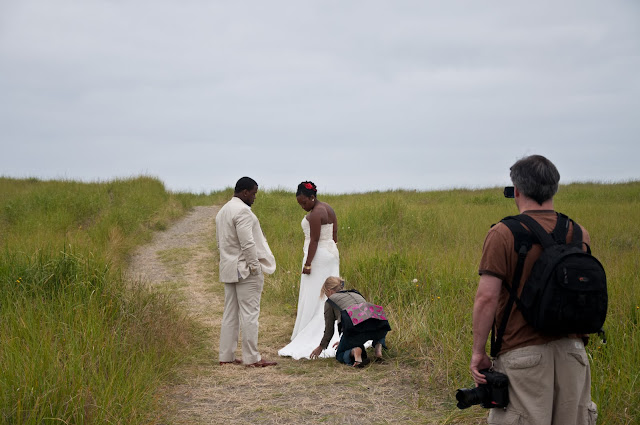 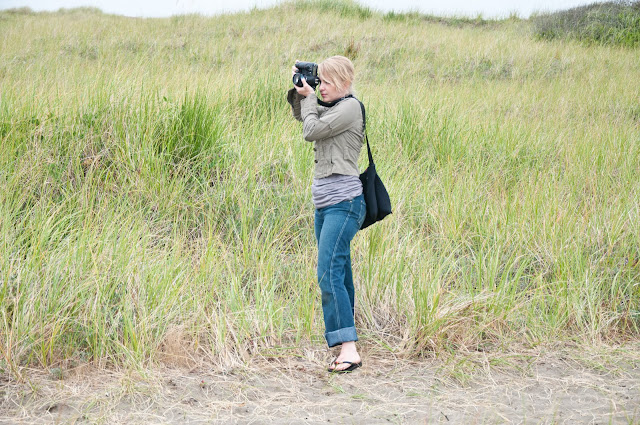 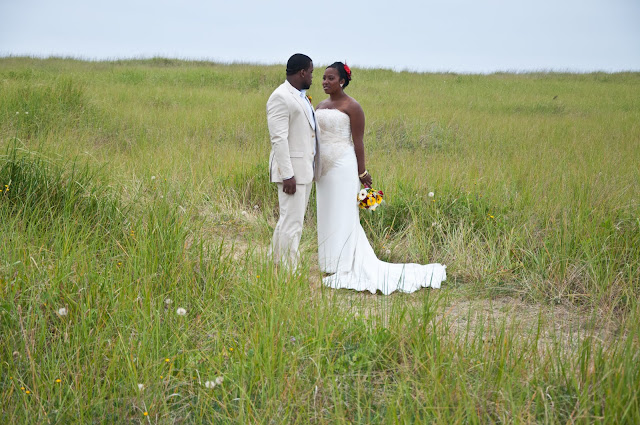 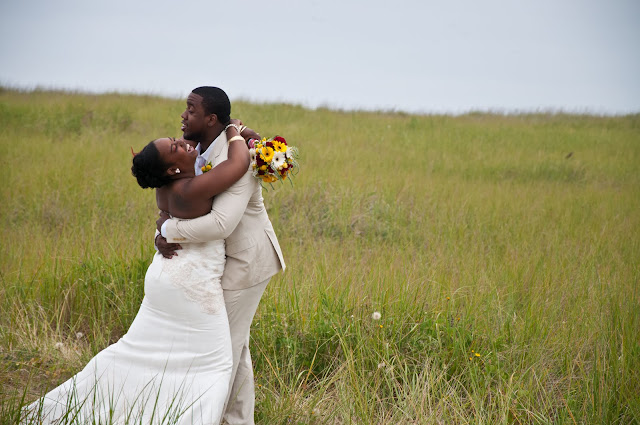 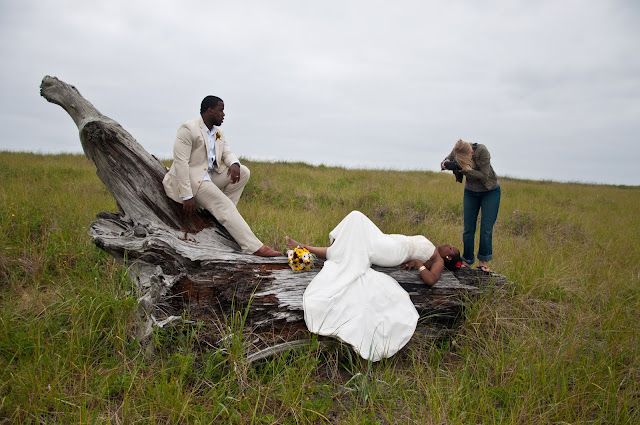 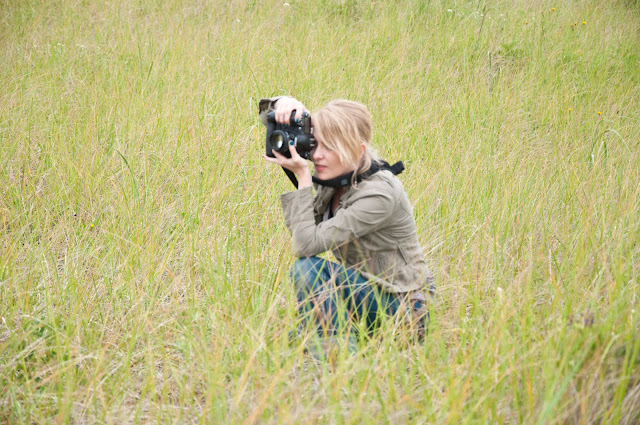 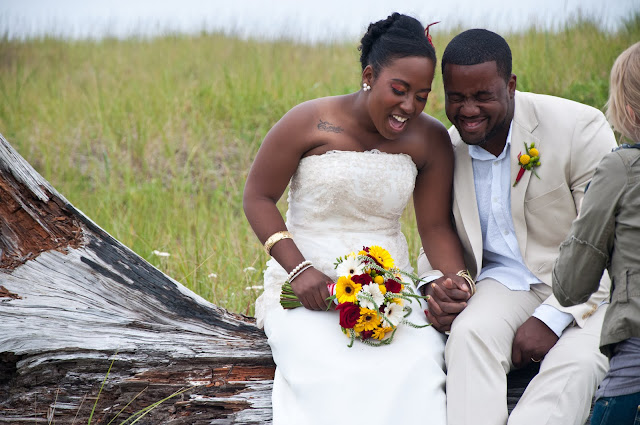 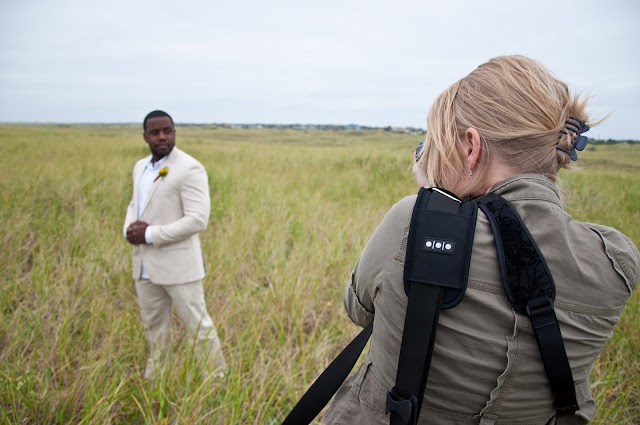 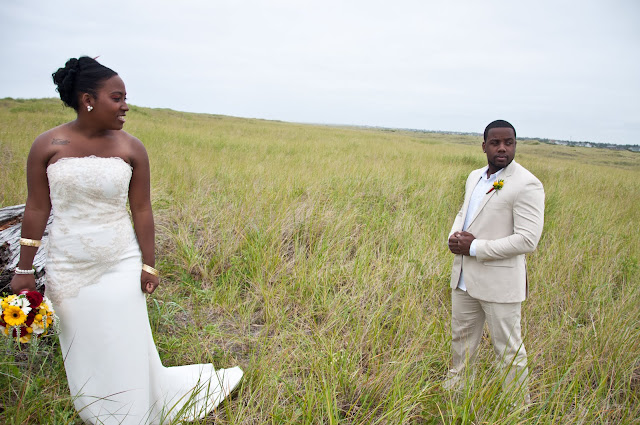 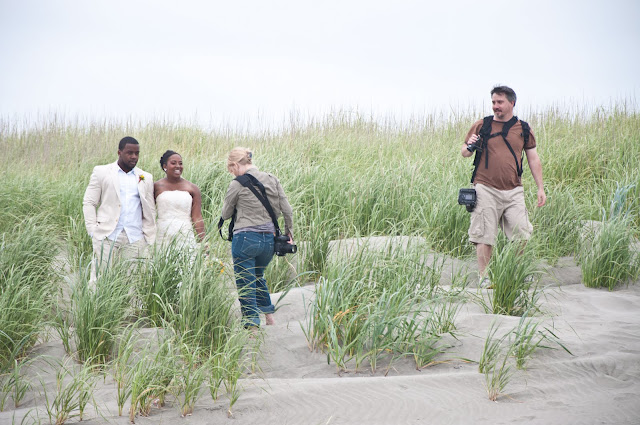 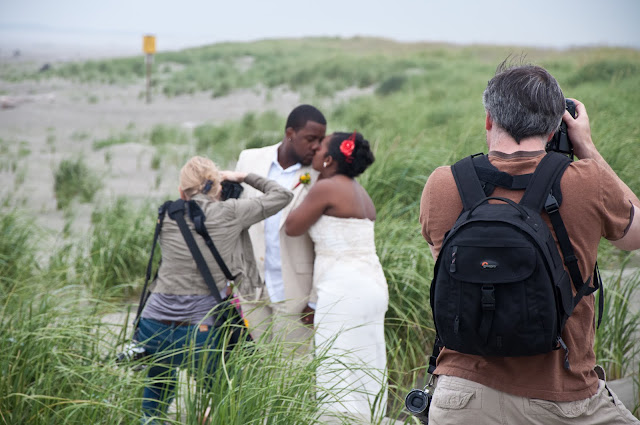 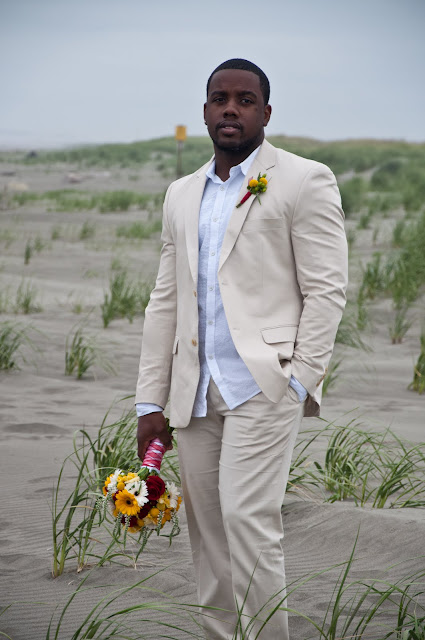 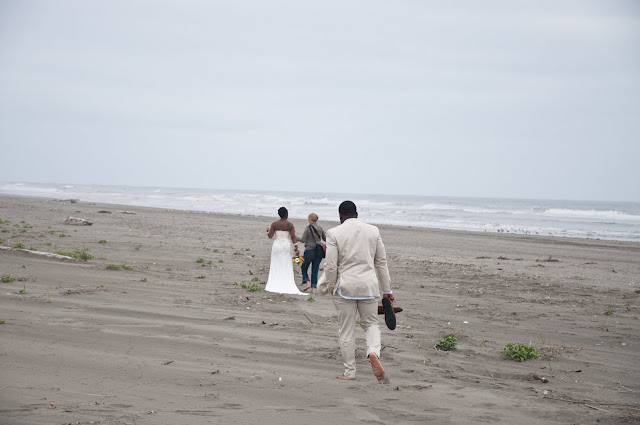 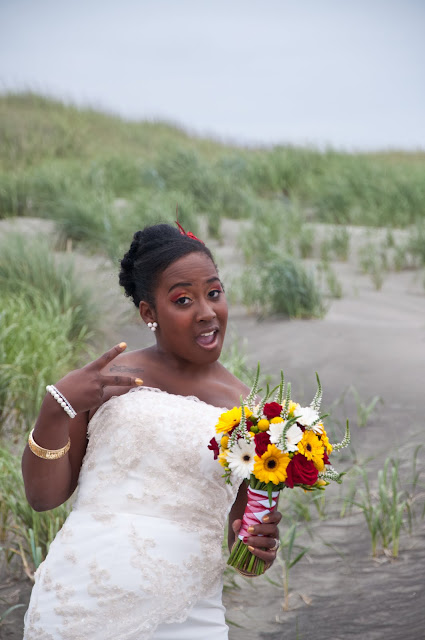 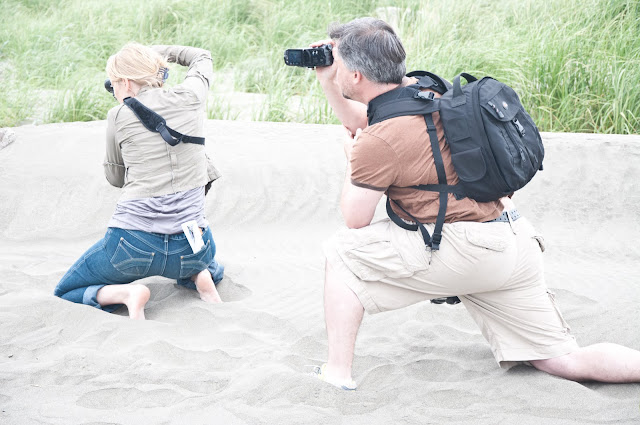 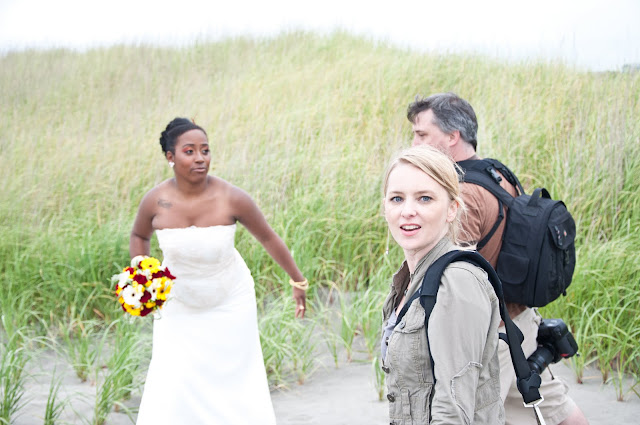 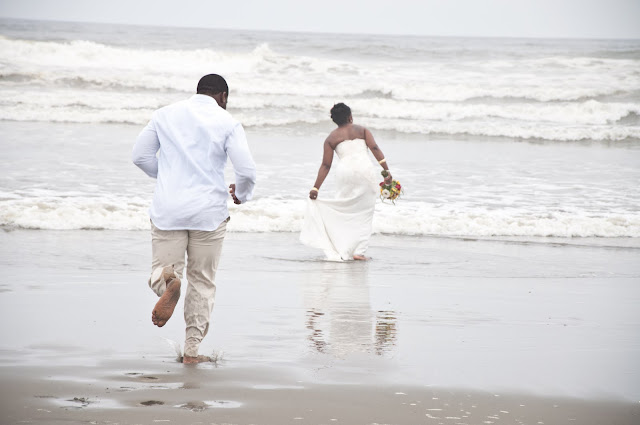 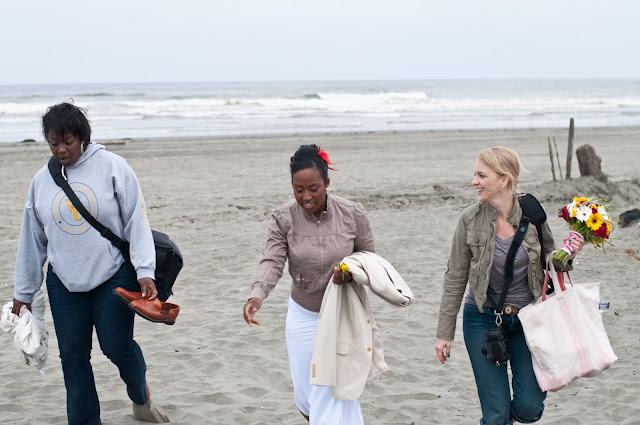 I have yet to see one picture from the shoot yet and I am just as excited.  Often brides want to “trash” their dress but dont really want to “trash” it–they just want to jump around in a few fountains and waves….. well, ladies and gents we trashed the dress!  let’s just say there was a lot of sand/water/ripping & spray paint.
There is nothing like being a new husband/wife photography team & being able to work with  the calibre of photogs that are Cory & LaRae/but then to be their subjects……..  wooosah! So exciting!
Stay tuned for more and a later blog to come!
XO
Latasha